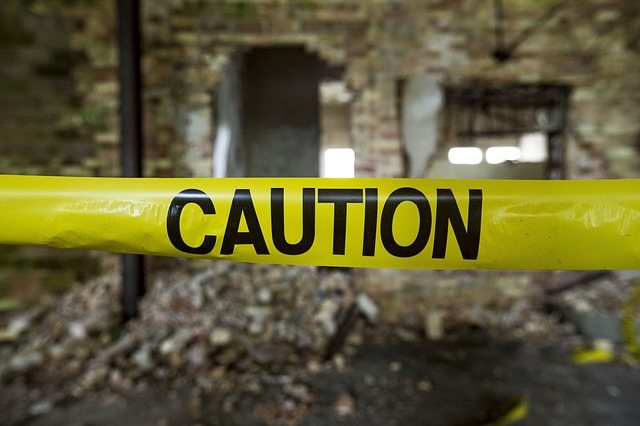 For a limited time only, thrill seekers and paranormal enthusiasts can explore and investigate Eloise Psychiatric Hospital home.
Photo by: robinsonk26

Individuals fascinated by ghosts and all things that go “bump in the night” have the opportunity to potentially come face-to-face with real-life spirits during Eloise Haunted Tours’ paranormal investigations event which kicks off tonight. Interest in tonight’s paranormal tour has been so well received that it recently caused the company’s website to crash several times.

“We’re expecting about 10,000 people to come out for the paranormal tours” stated John Hambrick, the owner of the old hospital and Eloise Haunted Tours. “I think people are just naturally curious about the unknown and the thrill of trying to connect with spirits. Plus, people are drawn to this location because of the history and the stories that are told.”

Starting now and every night through January 10th, 2020, guests can take part in a 2-hour guided ghost tour by Motor City Ghost Hunters. During the tour, attendees will explore rooms located on five frightening levels as well as the never toured basement. Attendees will walk the very same halls where psych ward staff once performed terrifying lobotomies, electroshock therapy and hydrotherapy. Attendees will also be able to investigate maximum security wards where Michigan’s most insane people were housed.

There will be 17 paranormal tours every night starting at 6 p.m. and will run every 20 minutes until 2 a.m. The maximum number of people in each group is fifteen.

“Eloise has everything an investigator could ask for. It’s historic and beautiful with countless stories that have been and are waiting to be told housed within these walls,” stated Hambrick. “We’re also excited to have Motor City Ghost Hunters with us this year. They have been around for many years and have investigated many of Michigan’s historic locations. They are very professional and have all the newest equipment. They are also good standing members with the MPA, Michigan Paranormal Association.”

For guests who prefer something a little less frightening and aren’t exactly interested in making possible contact with the dead, don’t worry! Eloise Haunted Tours will offer historical tours of the old, abandoned hospital during daylight hours. Hambrick estimated that approximately 5,000 people will turn out for these tours. The tours are limited to 30 people per group.

“This particular tour allows people to step back in time and really get a history lesson on what this building was about,” explained Hambrick. “So many people have driven by this building and wondered what it’s like in there. They’ve heard the stories. On the historical day tours, you get to actually see the inside. In the daylight they can see the interior architecture which dates back to the 1930's.

Both tours cost $65 each and run through January 10th, 2020. Hambrick stated that between the two events, he expects more than 15,000 people to take advantage of the tours by the time they come to a close next month. A portion of the proceeds will go to benefit the Ronald McDonald House of Michigan and Spina Bifida Association.

ABOUT ELOISE HAUNTED TOURS
John Hambrick, an established developer, launched the company in 2018 shortly after purchasing the old psychiatric hospital. Since then, the company’s tours have become a hot ticket item, often selling out quickly. For the second year in a row, the company’s tours continue to be well received by the public. The company’s mission is simple: to educate people near and far on the building’s eerie history. For guests who have the fortunate opportunity to experience paranormal activity while inside the Eloise complex, the company considers that a bonus.

ABOUT ELOISE PSYCHIATRIC HOSPITAL
Considered by some as one of the most haunted places in America, the sprawling former health complex was named in the late 1800s after Eloise Dickerson, the only child of a Detroit postmaster. In addition to being a hospital, the complex included an asylum, sanatorium and cemetery.