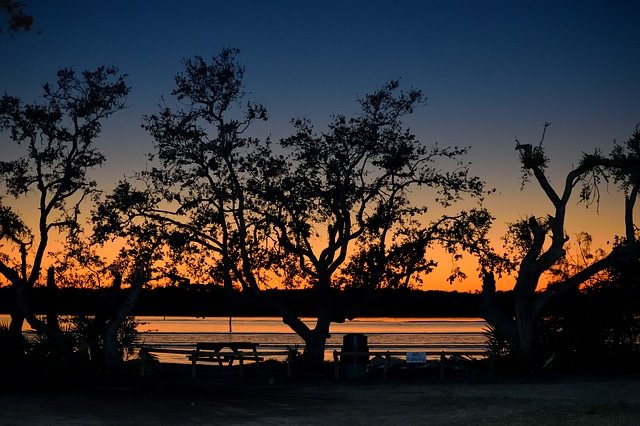 Summer is a perfect time to relax by the water during the day, and delve into the paranormal at night.
Photo by: paulbr75

In New York State, the haunted and paranormal are celebrated year-round with a state-wide tourism initiative known as the Haunted History Trail. Boasting attractions that feature the strange, paranormal, spooky, and outright haunted, the Haunted History Trail welcomes visitors in to explore the trail, learn the history of the stops, and even come face-to-face with some ghostly spirits.

Summer may not be the typical time that visitors expect to encounter haunted stops, but in New York State, glistening river and lakeside attractions sometimes hide darker pasts -- making the warmer months a perfect time to relax by the water during the day, and delve into the paranormal at night.

In western New York, located on Lake Ontario, visitors can stop into the Winery at Marjim Manor -- "where wine is what you taste, and spirits are what you meet." In the winery's tasting room, fruit and grape wines are available to sample while staff entertain with ghost stories and tales about the manor's former residents.

Moving east to central New York, the Historic Sylvan Beach Amusement Park is a land of
play by day, and a hotbed of paranormal activity by night. The park was explored by SyFy
Channel's Ghost Hunters in season 9 of the show. Following their television debut, the park added "Park After Dark" tours for visitors looking to experience haunted happenings firsthand. The park is located directly on Oneida Lake next to the beach, and teeming with waterfront restaurants and activities all day and into the evening.

On the Hudson River, mystery surrounds the site at Bannerman Island, built by Frank Bannerman VI in the early 1900s to house a collection of military artifacts. Now a majestic ruin along the banks of the Hudson River, the island is said to be haunted by Native American and Dutch colonial settlers. The island is open for guided tours on weekends, with visitors departing via boat to reach the island.

And at Fort William Henry Museum in the beautiful Adirondacks, ghosts now grace the site of countless battles, terrible disease, and harsh climates. The fort is located on Lake George and group investigations and candlelit tours are available for visitors to experience the paranormal. Guides tell stories that have been passed down from the fort over the years and add their own personal experiences of hauntings on site.

About the Haunted History Trail of New York State
From the great spirits invoked by early Native American tribes, to the first Dutch settlers who carefully avoided haunted places, New York has harbored centuries of spooky events that simply can't be explained. Interest in the eerie has steadily increased with television and movies exploring the ghosts, UFOs, and things beyond the realm of human understanding. All of this awaits you on the Haunted History Trail as it takes you to the places where human forms come out of the mist and strange lights wink from the dark.

The Haunted History Trail features attractions from almost every region of New York State. Haunted dining, tours, and overnights are available on the trail, with many of the attractions tying back to New York's local history.