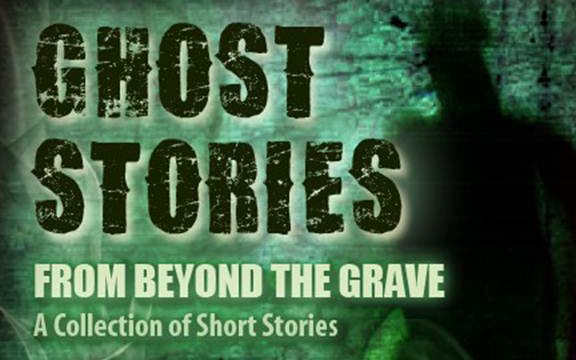 On a quest to understand the trauma that occurred on the land her former Greenwood District, house sat on, the Seattle author of 'Ghost Stories From Beyond The Grave' follows her trail of clues to Crown Hill Cemetery and Phillip Howell, Caretaker.
Photo by: A.V. Harrison Publishing

“I don’t know what I had in mind when I turned the door knob of the caretaker’s office door yesterday,” ‘Ghost Stories’ author Emily Hill revealed, “but the type of man I encountered most definitely surprised me.”

On a quest to understand why the lively sprinkling of haunted houses in Seattle’s Greenwood district the author of ‘Ghost Stories From Beyond The Grave’ is following the trail from her former Greenwood cottage to death’s resting place – in this case the Crown Hill Cemetery.

“A gnarled little man with slicked back hair, rubbing his hands briskly to stay warm would not have surprised me.  Instead I met a vibrant, very affable Phillip Howell who has been the caretaker of one of Seattle’s most historic (and hidden) graveyards for the past seven years,” Ms. Hill continued in her interview today with A. V. Harrison Publishing.

“He’s literally tall, dark, and handsome.  With a VanDyke beard and coal black hair, a warm handshake and a careful listener, I am sure he makes the most comforting Family Services Counselor for Crown Hill Cemetery,” the author assured.

An encounter over the holidays with an old friend prompted the author of ‘Ghost Stories from Beyond The Grave’ to pick up the treads of curiosity over the little cottage in which she raised her son.  The house number ‘708’ in the concrete retaining wall marks the location of the 1907 cottage which has since been razed in favor of an over-sized multi-story home that looms over the property that once was opulent with rose gardens and crops of Iris in all varieties. “Maybe the modernity of the new house has moved the spirits along, further down the street,” the author muses.

How did the author of this season’s Kindle Best Seller for books on Mysticism find her way to the Crown Hill cemetery, we asked.

“Well, in the most startling discovery last week I discovered that the land my 1907 cottage sat on had been a cemetery, the Woodland Cemetery, before being converted to a housing development that same year.  There were queer and unsettling occurrences that went on during the thirteen years we lived there (1986 – 1999)," whispered the author.

"Historical records indicate that before the 1907 houses were built, the graves comprising the Woodland Cemetery were dug up and the bodies were moved to the Crown Hill Cemetery - then the family housing went on top of the land at the intersection of North 85th Street.  I have my suspicions about whether or not all of the bodies were moved.”

Ms. Hill hopes that ongoing chats with Phillip Howell can lead to the answers she seeks.